Christie Quincyna Quarcoopome also known with her professional name as Cina Soul is a Ghanaian singer-songwriter and recording artist. A finalist at the 2014 Vodafone Ghana Music Icons competition held in Accra, Ghana. 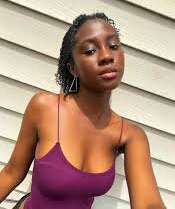 Her Background: Christie Quincyna Quarcoopome was born and raised in Kokomlemle, Ghana, Accra to Ghanaian parents and hails from Jamestown in Accra. She is a native of the Ga Tribe of Ghana. Cina Soul had her Junior High school at Deyoungsters International School and Senior high school education at Aburi Girls Senior High School and continued to study psychology and archaeology at the University of Ghana. Cina is the second of three children, she has an older and younger sister all of whom are talented singers; a talent they might have inherited from their father.

How her career got started: Cina Soul’s first attempt to music was her participation in the Vodafone Ghana Music Icons in 2014 and emerging as a finalist. 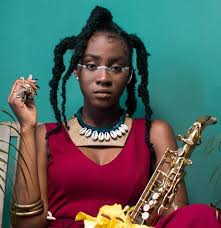 Christie Quincyna Quarcoopome also known with her professional name as Cina Soul is a Ghanaian singer-songwriter and recording artist. A finalist at the 2014 Vodafone Ghana Music Icons competition held in Accra, Ghana. After which we saw a series of mashups and covers of some mainstream songs including Mr Eazi‘s Bankulize and Cyna’s Bamidele. In 2016, Cina released her debut album, ‘Metanoia’ featuring M.anifest, Worlasi and KiDi, the record that led her to the spotlight, earning her a spot on the charts with singles; Awo and Julor. Cina Soul was involved immensely in the Black Girls Glow Project which was launched in 2017 by Dzyadzorm and Poetra Asantewa. 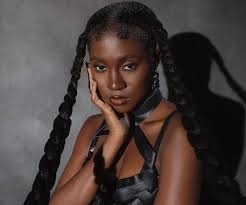 Alongside acts like Adomaa, Fu and Ria Boss, the group released their first album, Mother of Heirs in July 2017.Cina Soul performed at the Allianz Awards,the Goethe-Institut in December 2017 alongside Nana Yaa at the “Ghana Goes Germany”,the Vodafone Ghana Music Awards in 2017.She also hosted her own concert, ‘Metanoia X’.

All song composed by Fireboy in his third studio Album